Erick Gonzalo Palomares Rodríguez is the coordinator of the evaluation process of the 2nd edition of the Transformative Cities Award. He has a PhD in Government and Public Administration, Complutense University, Madrid, and Master in Development, Innovation and Change, University of Bologna, Italy. He is currently visiting researcher at the Centre for Latin American Studies, University of Copenhagen and Research Associate for the Transformative Cities Award and the Atlas of Utopias, Transnational Institute (TNI), Amsterdam. 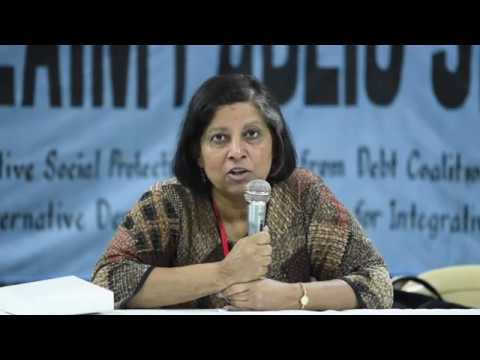 Meena Menon is an activist, researcher and writer. Meena worked as a full-time organizer with a left-wing party for 20 years. After leaving the party, she continued to work as a full-time trade union organizer, for 25 years. She was Vice President at GKSS union (Mill Workers Action Committee), Mumbai. She was India country coordinator with the Asian policy group Focus on the Global South, and briefly worked as a consultant with the UNDP. She was part of the core organizing team of the World Social Forum process in India. Meena is a Senior Consultant with Action Aid in India, as part of which she helped to set up an urban policy group, a network for labor organizations working with informal labor. She founded a policy practitioners school called Urban Action School. Meena’s areas of work include labour, urbanization, housing, alternative regionalisms, peace and security, and new politics. She is co-author of the book, One Hundred Years, One Hundred Voices – The Mill Workers of Girangaon – An Oral History. The book was shortlisted for two national awards, and the Marathi version won two state awards. 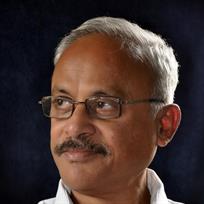 Dr. Vivek Monteiro is a member of the executive committee of the All India People’s Science Network and worked on a number of science-related issues which have become important on the national agenda. He works as a principal advisor to Navnirmiti, a self-reliant social enterprise working for universalization of quality education for all. Navnirmiti has a special focus on mathematics and science education. Navnirmiti makes continuous innovations in educational tools, toys, puzzles, hardware, software. It works to implement the quality mandate of the Right to Education Act and the NCF 2005, of quality education ”for equality of outcomes”. Vivek obtained his B. Sc. in Physics and Maths from the University of Bombay after studying in Xavier’s College, Bombay (1966-68) and Dhempe College, Goa (1964-66). He obtained his Ph.D. from the State University of New York in 1974 and his masters in physics from the California Institute of Technology (1968-70). 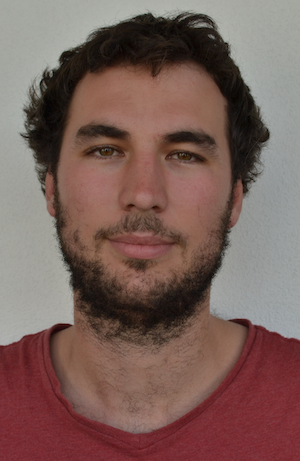 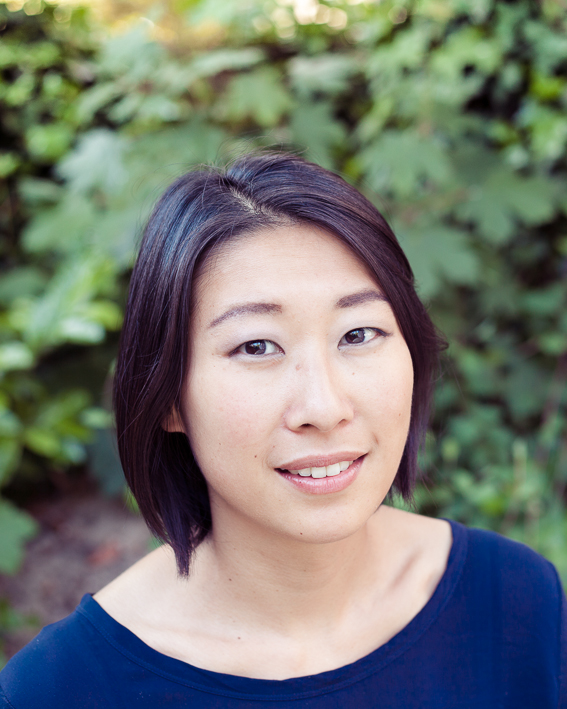 Satoko Kishimoto is an activist researcher at the Transnational Institute (TNI), a research and advocacy NGO based in Amsterdam. She is Japanese and was active as an environmental activist in the youth environmental movement in Japan in the 1990s. She has conducted joint research on the trend towards remunicipalisation in the water sector and other public services and published the book Our Public Water Future: The global experience with remunicipalisation (2015) and Reclaiming Public Services : How cities and citizens are turning back privatisation (2017). In 2016, TNI started the Public Alternatives project, for which she currently serves as a coordinator, under the Economic Justice programme. Transformative cities is one of the initiatives of the Public Alternatives project. 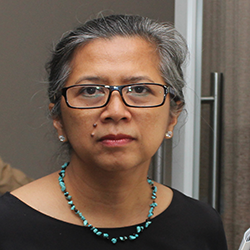 Eri Trinurini Adhi holds a bachelor’s degree from Bogor Agriculture University in Indonesia and a Doctoral degree in agriculture from Georg August University, Germany. She has more than 20 years experience working with international development agencies, NGOs and consulting firms as well as working with the community. Her strengths are community development, project design and project management. She is currently working for the Self-Reliance Foundation (Yayasan Bina Swadaya) in Indonesia, a social enterprise working on community development and poverty alleviation. Besides, she is a vice coordinator of the ASEAN Solidarity Economy Council in Indonesia. 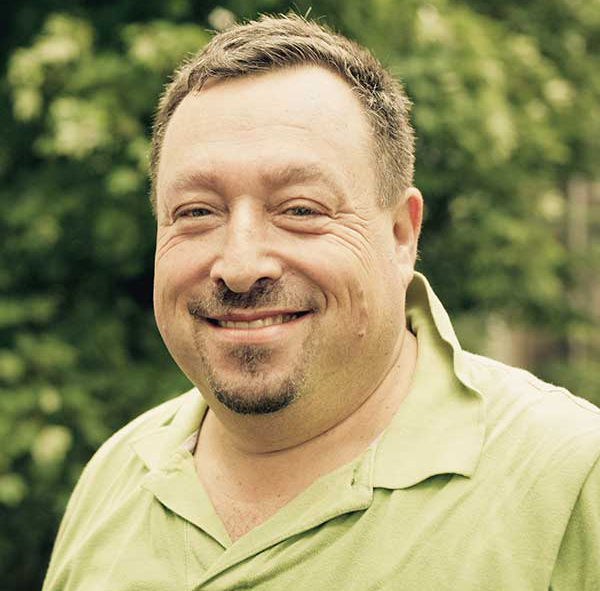 David Fig is a South African environmental sociologist, political economist, and activist. He holds a PhD from the London School of Economics, and specializes in questions of energy, the extractive industries, and corporate accountability. He chairs the board of Biowatch South Africa, which is concerned with food sovereignty and sustainable agriculture, and works closely with various environmental justice non-government organizations. Recent research on the South African sugar industry contributed to the announcement of a tax on sugary soft drinks in 2017. David was recently part of an international team advising the Vietnamese congressional committee on science and technology on the full costs of nuclear. He is a member of the steering committee of the African Uranium Alliance serving communities affected by uranium mining and the rest of the nuclear fuel chain. Recent publications include work on environmental rights, nuclear procurement, nuclear waste, shale gas, the Biowatch case against Monsanto, asbestos, and poverty/development in the Karoo region of South Africa. 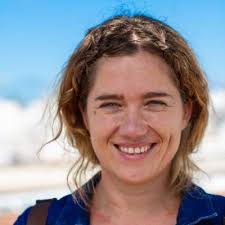 Alba del Campo is an ecofeminist and activist for climate justice and the right to energy. She is part of the Som Energia cooperative, of the Platform for a New Energy Model and of the Women’s Network for an Ecofeminist Energy Transition. Journalist, adviser in municipal energy policies and trainer, she currently works for the Sí Se Puede Cádiz Political Group that sits on the Municipal Government of the city of Cádiz, where she also coordinates the energy committees promoted by the city council (2015-2019). She holds a degree in Information Sciences (UCM) from the Faculty of Sociology and Political Sciences of the Complutense University of Madrid, at the moment she combines her activism and her work, with the realization of her doctoral thesis on Energy Transition and Gender at the University of the Basque Country. 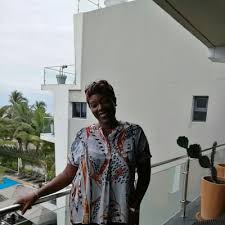 Based in Nairobi, Agnes Midi-Keita is the International Project Manager of ActionAid’s ‘Safe Cities for Women’ multi-country project and campaign which works with grassroots women and partners across the globe to campaign and lobby governments to combat violence against women, promote women’s rights and increase access to justice and gender responsive public services. Prior to joining ActionAid, she was the Regional Manager of Marie Stopes International- Kenya; advancing women’s sexual and reproductive health and rights in the Coast province of Kenya. Agnes is a post-graduate student of Public Health and Health Policy at St. Georges Medical School, Grenada and holds an undergraduate degree in Sociology from the University of Alberta, Canada. 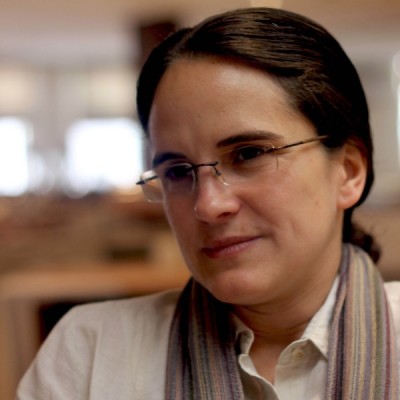 Lorena Zárate is currently President of Habitat International Coalition (HIC). She was regional coordinator of HIC-Latin America’s office from 2003 to 2011. She has been involved in the elaboration and dissemination of the World Charter on the Right to the City, the consultation process to define the Mexico City Human Rights Program, and the Promoting Committee for the elaboration of the Mexico City Charter for the Right to the City. At international level, she has been in close collaboration with the UN Special Rapporteur on the Right to Adequate Housing and the Office of the UN High Commissioner for Human Rights. She has published books and articles on issues related to housing rights, social production and management of habitat and the right to the city. In 2013, she was awarded the John Bousfield Distinguished Visitorship from the Geography and Urban Planning Program of the University of Toronto. 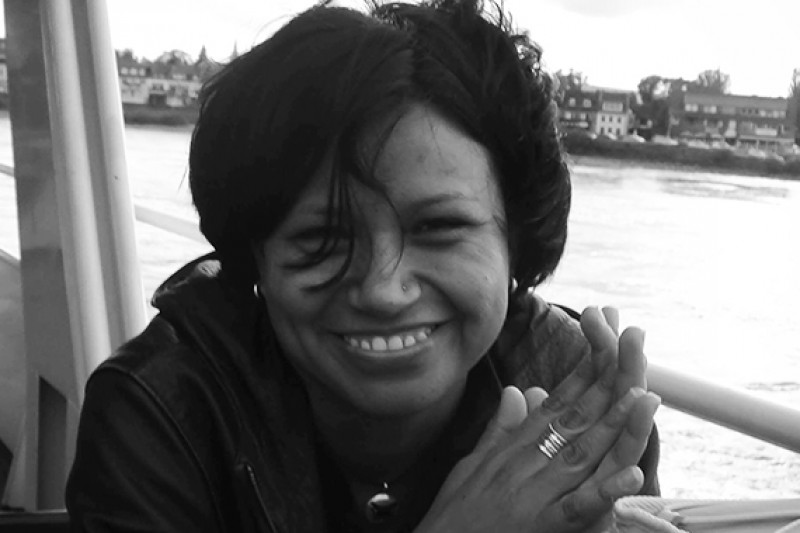 Marcela Olivera is a water commons organizer based in Cochabamba, Bolivia.  Since 2004 she has been developing and consolidating an inter-American citizens’ network on water justice named Red VIDA. She sits on the coordinating committee of the Platform for Public and Community Partnerships of The America  (PAPC). Since 2019, she has been working as the regional coordinator for the Blue Planet Project. 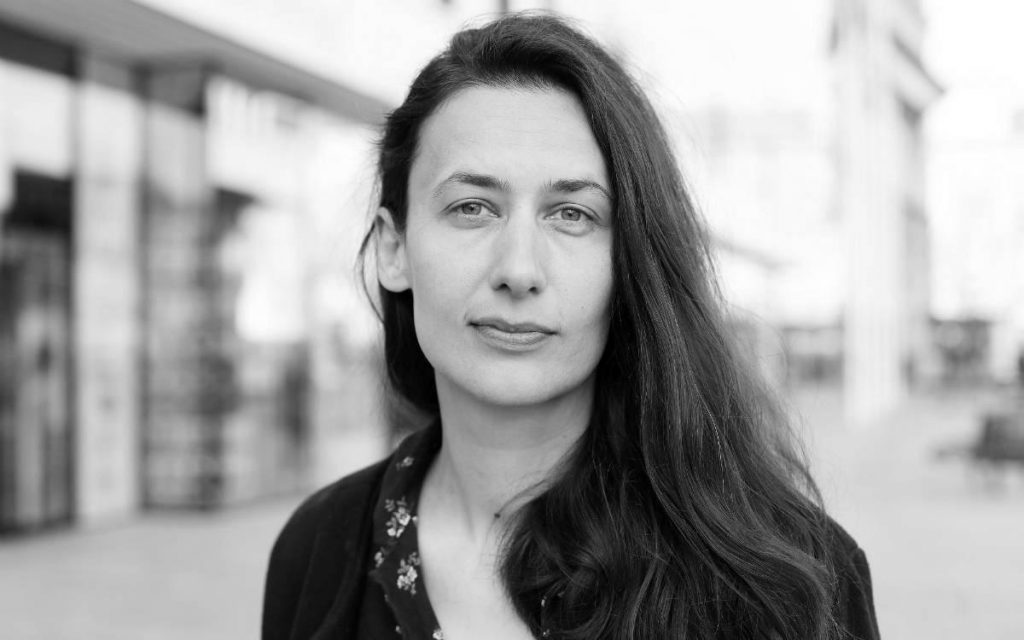 Iva Marčetić was born in Banja Luka in Bosnia and Herzegovina in 1982. She holds a Master degree in Architecture and urban planning from the school of Architecture, University of Zagreb. As an architect she is interested in building networks between activists, planners and grassroots initiatives in an effort to democratize the process of planning and shift the narrative produced in schools, institutions and practice of architecture that lead to commercialization of public space and infrastructure and gentrification of cities. She is one of the founding members of the cooperative for architectural practice and research Open Architecture. For the last fifteen years she has been a part of the activist collectives and movements fighting against privatization of public goods and resources both in Croatia and other countries of former Yugoslavia. She was part of the collective Pulska grupa that represented Croatia in the thirteenth architectural Venice biennale and a fellow of Akademie Schloss Solitude in Stuttgart. Iva works in Right to the city, Zagreb as a community organizer and researcher for housing and urban planning. She is one of the founders of Zagreb je NAŠ municipal platform and coordinated its neighborhood groups. She lives in Zagreb, Croatia 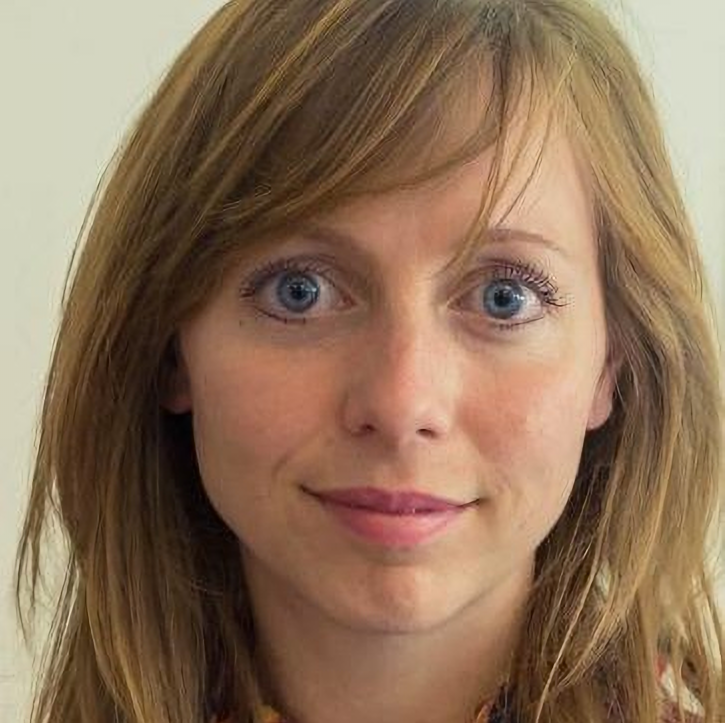 Lavinia Steinfort is a critical geographer and political activist. As a researcher at the Transnational Institute (TNI) she is working on public alternatives such as (re)municipalisation of public services, a just transition towards energy democracy and transforming finance for the 99%. She co-authored the report One Treaty to rule them all about the Energy Charter Treaty and wrote the chapter, ‘The 835 reasons not to sign trade and investment agreements’ for the book Reclaiming Public Services. Lavinia also published the article Communal Performativity – A Seed for Change on the solidarity of Thessaloniki’s social movements in the diverse fights against neoliberalism (Antipode, 2017). 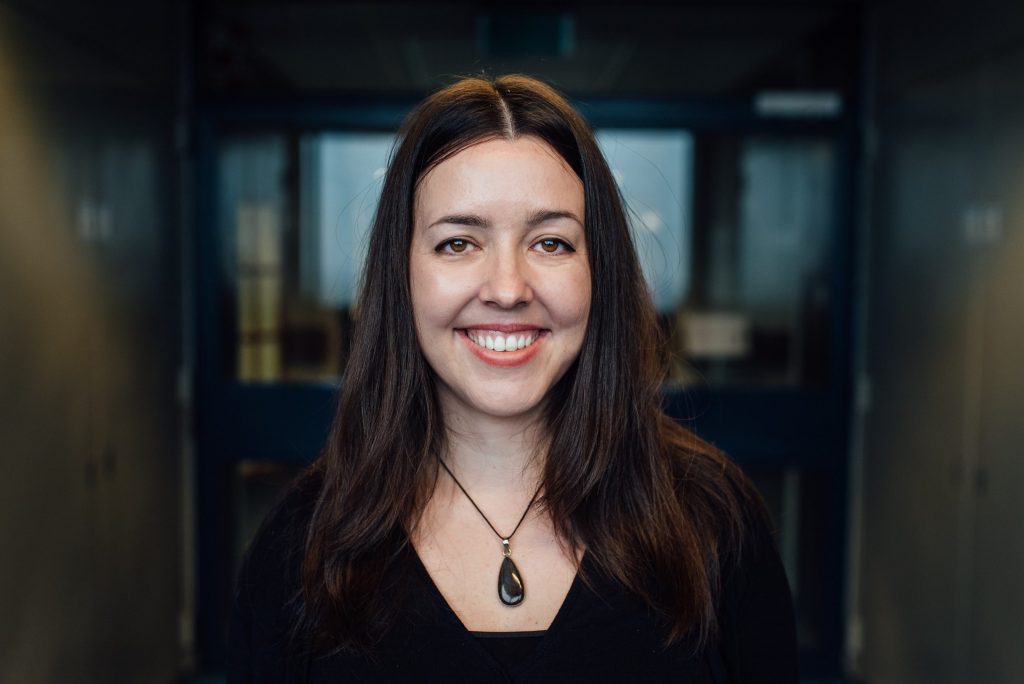 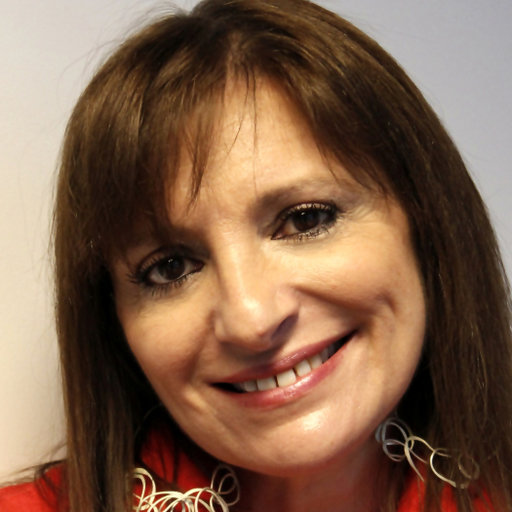 Mabel Thwaites Rey Directs the Research Project of UBACyT “State and development. The Argentine case from a Latin American perspective “, which maintains the projects “The Argentine State after the crisis of 2001: rupture or continuity with neoliberalism?” and “New (and old) dilemmas of the State in Latin America”, all based in the Institute for Latin America and the Caribbean Studies, IEALC. Author and co-author of numerous publications in national and foreign books and magazines on topics related to the theoretical problems of the State, state reform and privatizations in Argentina and Latin America.