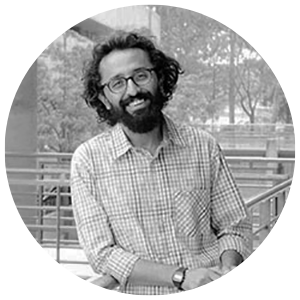 Erick Gonzalo Palomares Rodríguez is the coordinator of the evaluation process of the Transformative Cities Award. He has a PhD in Government and Public Administration, Complutense University, Madrid, and Master in Development, Innovation and Change, University of Bologna, Italy. He is currently visiting researcher at the Centre for Latin American Studies, University of Copenhagen and Research Associate for the Transformative Cities Award and the Atlas of Utopias, Transnational Institute (TNI), Amsterdam. 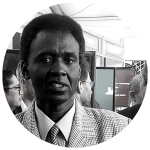 David Ngige Muguro is the Group Secretary of Dajopen Waste Management, which was incubated by Jomo Kenyatta University of Agricultural and Technologies. He is also a Manor House Agricultural Centre short courses trainee. He has vast experience in Organic farming, Agro ecology farming, Agroforestry farming and waste recycling. A social enterprise trainer in charge of community Research, production and Marketing of Agricultural recycled products in Kitale Kenya, he is also a member of North Rift Regional centre of expertise headquartered at University of Eldoret. He a member of Africa Centre of Regional Expertise and Global Regional Centre of expertise, and has won several Agricultural and Environmental Awards in the past 8 years. Lastly, David is a practicing organic kitchen gardening farmer who trains other small scale farmers. 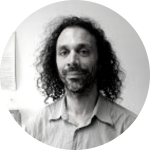 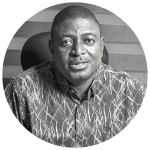 Akinbode Matthew Oluwafemi is part of the evaluators team appointed by Environmental Rights Action/ Friends of the Earth, Nigeria (ERA/FOEN), the organisation that won the water category in the 2019 edition of the Transformative Cities Award.

Oluwafemi is a premier winner of the Bloomberg Award for Global Tobacco Control. He currently leads the Our Water, Our Right movement challenging water privatization plans in Lagos and across Nigeria. Before joining ERA/FoEN, Oluwafemi was a journalist with The Guardian, Nigeria’s leading national newspaper. As a journalist, he participated actively in the press freedom struggles during the despotic rule of the late General Sani Abacha. 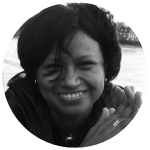 Marcela Olivera is a water commons organizer based in Cochabamba, Bolivia. Since 2004 she has been developing and consolidating an inter-American citizens’ network on water justice named Red VIDA. She sits on the coordinating committee of the Platform for Public and Community Partnerships of The America (PAPC). Since 2019, she has been working as the regional coordinator for the Blue Planet Project. 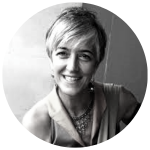 Adriana Allen is the President of Habitat International Coalition (HIC) and Professor of Development Planning and Urban Sustainability at the Bartlett Development Planning Unit (DPU), University College London (UCL). Originally from Argentina, Adriana has over 30 years of international experience in research, pedagogy, activism and advisory and capacity-building undertakings in over 25 countries across the Global South. Through the lens of land, housing, risk, water, sanitation, food and health, her work adopts a justice and feminist perspective to look at the interface between everyday city-making practices and planned interventions and their capacity to generate transformative spaces, places and social relations. Her most recent collaborative books include: Untamed Urbanisms (2016), Environmental Justice and Resilience in the Global South (2017) and Urban Water Trajectories (2017) and Handbook of Urban Global Health (2019). 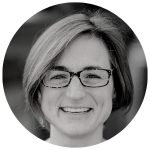 Yolande Hendler is the incoming Secretary General for the Habitat International Coalition. She holds a BA in Social Anthropology from Stellenbosch University, South Africa, and an MA in Global Studies from Leipzig University, Germany, focusing on organising approaches in transnational social movements. From 2014 to 2019 she worked with the Community Organisation Resource Centre and the South African Alliance of Slum Dwellers International, supporting the organising, learning and advocacy strategies of women’s habitat collectives and informal settlement networks in South Africa and beyond. 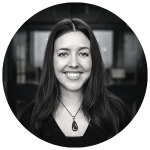 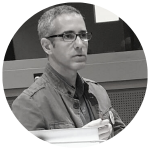 Álvaro Puertas, Architect and Master in Sustainable Development with a focus on habitat rights and the social and environmental aspects of sustainable development. Carer oriented to promoting public awareness of habitat issues and the impacts of sustainable development processes on urban and rural environments and the habitat rights of local communities and disadvantaged groups. Current General Secretary of Habitat International Coalition (HIC) the global network for rights related to habitat. Through solidarity, networking and support for social movements and organizations, HIC struggles for social justice, gender equality, and environmental sustainability, and works in the defence, promotion and realization of human rights related to housing and land in both rural and urban areas (http://www.hic-net.org/). 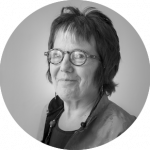 A TNI Fellow since 1986, Hilary Wainwright is a sociologist who earned her BPhil from Oxford University. She works as an independent activist-researcher and journalist. She is a founding editor of Red Pepper.

A socialist feminist activist, with strong connections to the labour movement, Hilary has been a long-time advocate of participatory democracy. She served as Deputy Economic Advisor to Ken Livingstone at the Greater London Council from 1982, where she founded the Popular Planning Unit of the Greater London Council. In 2017, she was invited to join the UK Labour Party’s ‘Community Wealth Building Commission’, involving inter alia trade unions, cooperatives, community organisations and progressive municipal representatives. Its mission was to build on the positive experience of Preston Council using public procurement to protect and improve local jobs, advance community well-being, and strengthen democratic control. Participatory democracy for community wealth building has been the red thread throughout Hilary’s activist life. She has documented resurgent democratic movements in many countries, analysing the lessons for progressive politics. 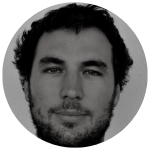 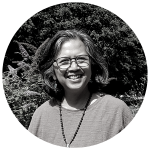 Dr. Eri Trinurini Adhi is an activist on Social Solidarity Economy (SSE). She is a board member in the Asian Solidarity Economy Council (ASEC), a partner of RIPESS. In Indonesia she engages with SSE related networks to promote the SSE movement. She has more than 20 years of experience working with international development agencies, NGOs and consulting firms, as well as working with community. Her strengths are project design and project management and community development. She is also an executive board member in the Self-Reliance Foundation (Yayasan Bina Swadaya) in Indonesia, a social enterprise on agriculture with the mission of poverty alleviation and community empowerment. She is also passionate about gardening, and plants healthy vegetables for a community business. 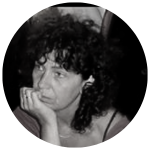 Françoise Wautiez was trained in ecological economics. She has been working with Social Solidarity Economy (SSE) networks for 20 years. Associated to RIPESS, the Intercontinental network for the promotion of social solidarity economy, she is charge of the socioeco.org website, an online library on SSE with more than 30,000 references. The website is in 5 languages and gathered analysis, case studies, legislations, pedagogical tools, videos and trainings on SSE all around the world. She lives in the countryside in the South-West of France and is engaged in small (but beautiful) local projects. 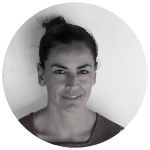 Isadora Hastings is part of the evaluators team appointed by Cooperación Comunitaria, the organisation that won the housing category in the 2019 edition of the Transformative Cities Award. She has a Masters in Architecture from the National Autonomous University of Mexico (UNAM) and the Polytechnic University of Madrid. She is a founding member and, since 2010, director of the community cooperation organization México A.C, which has carried out projects for the production and social management of habitat, as well as comprehensive reconstruction, in rural communities in Mexico. Since 2003, she has conducted research on progressive self-produced housing processes, both in peri-urban and rural areas, and the impact of social relations on the production and social management of housing and habitat. 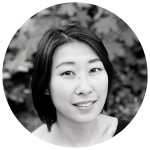 Satoko Kishimoto is an activist researcher at the Transnational Institute (TNI), a research and advocacy NGO based in Amsterdam. She is Japanese and was active as an environmental activist in the youth environmental movement in Japan in the 1990s. She has conducted  joint research on the trend towards remunicipalisation in the water sector and other public services and published the book Our Public Water Future: The global experience with remunicipalisation (2015) and Reclaiming Public Services : How cities and citizens are turning back privatisation (2017). In 2016, TNI  started the Public Alternatives project, for which she currently serves as a coordinator, under the Economic Justice programme. Transformative cities is one of the initiatives of the Public Alternatives project. 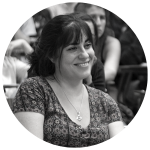 Rocío Novello is a member of Ciudad Futura (a movement party that was born in the city of Rosario, Argentina) and is part of the University of Doing (UH), one of the social management projects promoted by the movement. The UH seeks to build a political relationship with knowledge, especially through the design of tools and methodologies that enhance collective debate. She has a degree in International Relations and is a professor at the Faculty of Political Science and RRII at the National University of Rosario (UNR). As an internationalist, she is interested in building networks between militant experiences in an attempt to strengthen and safeguard the learning achieved by the movements in their actions. That is why she participated in the organization of the international meeting Cities Without Fear in Barcelona (2017) and the South American meeting in Valparaíso (2018). She also participated in the editorial process of two collective works linked to municipalism and feminism, such as “Cities Without Fear” (Icaria, 2018) and “Futures. Feminist Cities ”(La Libre, 2019). She is part of the Minim community (municipal observatory). 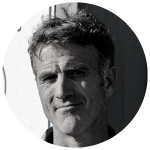 David McDonald is Professor of Global Development Studies at Queen’s University, Canada, and Director of the Municipal Services Project. He has written extensively on the meaning and reclamation of ‘public services’, with a focus on water, electricity and health care, and is now expanding this work into public banks. He is also an activist, applying his academic work to a wide range of local and global initiatives for change. 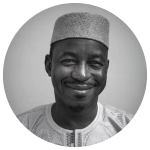 Mamadou GOÏTA (PhD), is a development socio-economist from Mali. He is the Executive Director of IRPAD/Afrique (Institute for Research and Promotion of Alternatives in Development) a Think & Do Tank with scientific and academic status. He was the executive Secretary of ROPPA (2011-2012). He is a member of the regional co-ordinating committee of COPAGEN (Coalition to Protect African Genetic Heritage). Before joining IRPAD, He worked for UNICEF in Mali, the United Nations Development Programme (UNDP) in Togo and Burkina Faso and several international NGOs, including ACORD (Regional Director for West Africa and Africa Program Manager) and OXFAM-Belgium (regional co-ordinator for West Africa based in Burkina Faso). He is active in social movements and works with farmer organizations and their networks in Africa. He participated to the coordination of the World Food Sovereignty Forum at Nyéleni center (Mali-2007).

He works on various issues and contributed to many economic, social and socio-economic studies, researches and evaluation processes in Africa and other continents. He drafted various pubic policies in Mali and contributed to some other in other african countries. He teaches at different universities in Dakar (Senegal), Ouagadougou (Burkina Faso). He’s been course Director on “Natural resources management and Africa Development” of ISS (Institute of Security Studies) and Governance Institute Director of CODESRIA in 2014.

He was the HLPE/CFS on “Investing in smallholder Agriculture” (2013) team member and currently he is a member of IPES-Food.