A civil society campaign managed to successfully stop the installation of prepaid meters by the Ghana Water Company LTD (GWCL) which would have affected the human right to water.

The campaign against prepaid water meters was initiated by the Water Citizens Network of Ghana after it identified the issue as a serious threat to the human right to water and to public health in Ghana. Media campaigns, lobbying of the legislative branch of Government, picketing and demonstrations helped defeat three government attempts to install the meters.

Though there was no fierce opposition to the meters in the beginning, within five months of their installation, growing complaints from customers led to resistance. The government agency that had enthusiastically sold the idea to Ghanaians then felt prompted to go to court in 2004 to stop the initiative, though not on the question of human rights but on contractual breaches. Following this action, GWCL quickly moved to replace all pre-paid water meters in the project area with conventional meters.

In February 2014, discussions about prepaid water meters resurfaced again in the media when the Public Utility Regulatory Commission endorsed a proposal by GWCL to begin another pilot installation of prepaid water meters in selected communities. Yet again, despite the several challenges, civil society managed to put the brakes on the process. What turned the tide was the intense media campaign waged by civil society – by groups like ISODEC and the Water Citizens Network of Ghana.

When the public thought that the policy had been put to rest it was a surprise when in July of 2015 there was a renewed push for the implementation again with much more vigor than in the previous two instances. The Acting Managing Director of the GWCL announced in July that all was set for another rollout of the prepaid meters in August, 2015, but this was again successfully resisted with the help of the media and the sector’s oversight parliamentary committee. 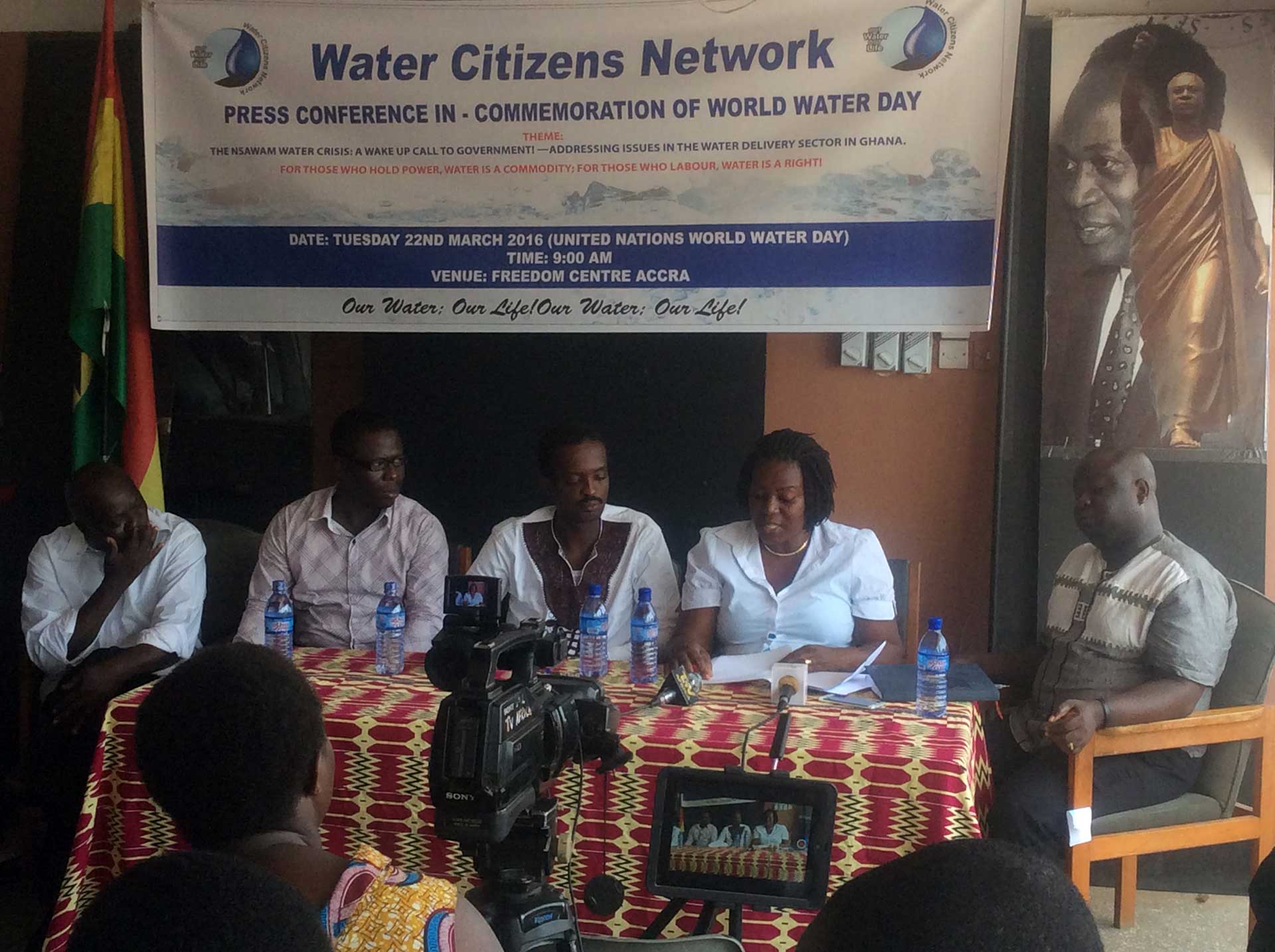