Leuven 2030 is a 400-member network of local government, knowledge institutions, companies, and citizens working to make the Belgian city of Leuven carbon-neutral. The network’s diversity has been both a strength and a challenge, but its unity (preserved through consensus building and finding common ground) has led to significant steps towards carbon neutrality.

One of the key successes of Leuven 2030 has been the ‘Roadmap’ it developed in 2018 with 60 local experts, spelling out the actions needed to make Leuven carbon-neutral. This comprehensive resource covers everything from energy, mobility, and consumption, to governance, financing, and monitoring. The Roadmap was completed just before the local elections, and not only set the parameters of the political debate surrounding carbon neutrality before the vote, but also influenced the city council’s stance on the issue in draft documents outlining future policies.

The initiative is changing the city on the ground, too, through projects such as L.E.U.V.E.N. (Lowering Energy Use Via an Extraordinary Network) – a partnership of owners of residential care centres, schools, and companies – which is collectively investing €40 million to improve the energy efficiency of public buildings and expected to deliver a reduction of 7,000 tons of CO2 emissions per year. 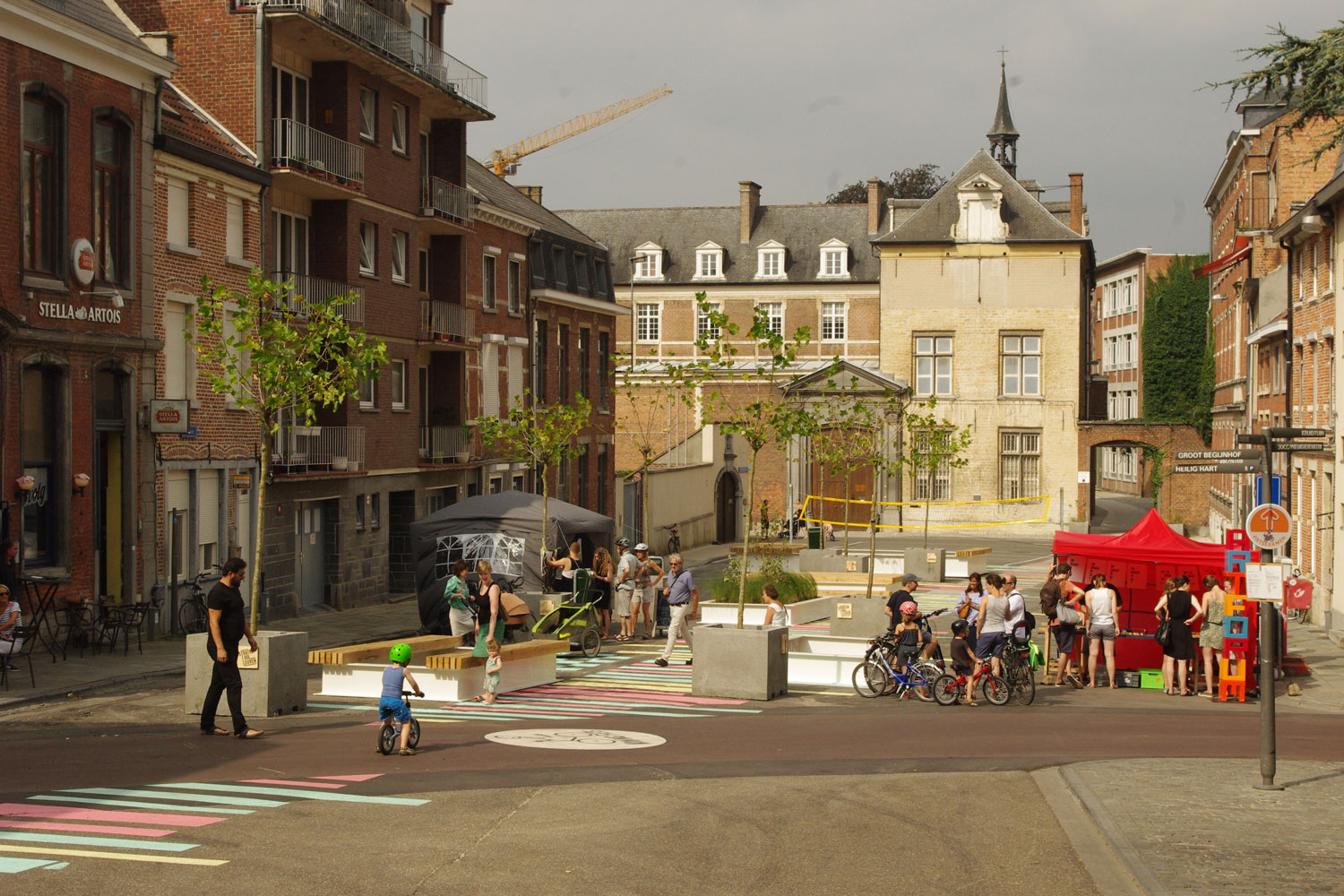 Leuven 2030 has inspired others to set up projects, such as the Straten Vol Leuven (Streets Full of Leuven) – an initiative to reclaim public spaces and redesign them to better serve pedestrians,cyclists and communities. Straten Vol Leuven was instrumental in getting the city to adopt its new traffic plan in 2016, which rendered certain parts of the city off-limits to cars, thereby lowering air pollution, improving public spaces, and stimulating a shift to sustainable modes of transportation.

The painstaking emphasis placed on building trust and networking has resulted in the issue of carbon neutrality rising up Leuven’s political agenda. Prior to Leuven 2030, there was no single vision of a sustainable future behind which stakeholders could unite – but today, there is.

“The project presented is the most ambitious, wide-ranging, inclusive and comprehensive municipal-led initiative on decarbonisation I have seen. Ambitious yet feasible, aware of and reflexive about both its strengths and limitations, it appears to combine tangible short-term success with incremental development of long-term capacity for an inclusive transition to a zero-carbon city.”
– Tom Henfrey