In May 2015, a coalition of citizen-candidates, Por Cádiz Sí Se Puede (For Cádiz, Yes We Can) and Ganar Cádiz (Win Cádiz) was elected to municipal government, with renewable energy as its platform. One of the new municipal government’s main objectives was to take advantage of local resources – the port and shipyards – to promote an energy transition as a way to rebuild the city’s social and productive life. This strategy is now paying dividends.

These activities are carried out using profits derived from the local government’s 55% share of Électrica de Cádiz, the largest private-public electric company in the country, and are informed by two working groups on energy – both of which involve local people’s groups: The Mesa contra la Pobreza Energética (the Roundtable to Fight against Energy Poverty) and the Mesa de Transición Energética de Cádiz (MTEC, Roundtable on the Energy Transition in Cádiz).

MTEC has created a permanent space for the participation and collaboration of municipal specialists, environmental organisations, individuals, workers from the University of Cádiz and Eléctrica de Cádiz, and members of the Som Energía cooperative. It has also promoted the conversion of Eléctrica de Cádiz into a 100% renewable energy supply company, developed an energy literacy campaign, and enabled Électrica de Cádiz to improve the environmental rating of all its municipal building contracts (and of 80% of the city’s residents).

Eléctrica de Cádiz has managed to win the contracts of two other municipalities in the province, taking them out of the hands of oligopolistic companies. This was possible thanks to the inclusion of the requirement of 100% certified renewable electricity in the tender documents. MTEC’s initiatives are all taking the energy model debate to the street and to local institutions. 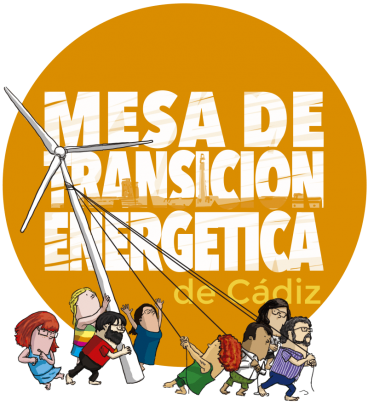 “The participation of different ‘groups of citizens’, from users to technical advisors, in the Mesas was inspiring, as was the chance to be in government and have both objectives: the energetic transition to renewable energy and the social policies to guarantee the “right to energy”.
– Evaluator Erick Palomares