Xarxa per la sobirania energètica (Xse) Catalonia brings like-minded groups together to fight for change in the energy sector locally, and collaborates with similar initiatives elsewhere in Spain, Europe and Latin America.

Xse emerged when different organisations and individuals identified energy-related problems affecting local populations, including fracking, the managing of hydroelectric dams by private corporations and extremely high voltage power lines, and the building of a pipeline through Catalonia to transport gas from Algeria to Europe. It also wanted to challenge government obstruction of renewable energies, and collusion with companies that creates some of the highest electricity prices in Europe.

Resistance to Spain’s dominant energy model has existed for years, but associations, groups and individuals from all over the Catalonian territory came together for the first time at the Day of Action for a Change of Model towards Energy Sovereignty in June in 2013. A few months later the Xarxa per la sobirania energètica (Xse) de Catalunya was formed to create an energy future based on democracy and social control of energy production, sustainability and, decentralization and being rooted in Catalonia.

Xse works through four ‘hubs’ or active local committees (Barcelona, Girona, Tarragona and Mallorca) and most of its resources come from member organizations. Its ‘energy municipalisation’ working group aims to re-municipalise the power grid inspired by German models, such as those in Hamburg and Berlin. It also works with lawyers specifically to analyse the regulations of the Spanish energy sector to study the possibility of shifting to a municipal energy model. This municipalist proposal has been largely supported by civil society organizations, individuals and political parties.

The Catalonian climate change law, advocated together with the Climate Justice Movement and adopted this September, includes a ban on fracking in Catalonia, the dismantling of nuclear power plants and a proposal to create a fossil-fuel-free Mediterranean. This law is nowadays suspended by the Spanish Constitutional Court. 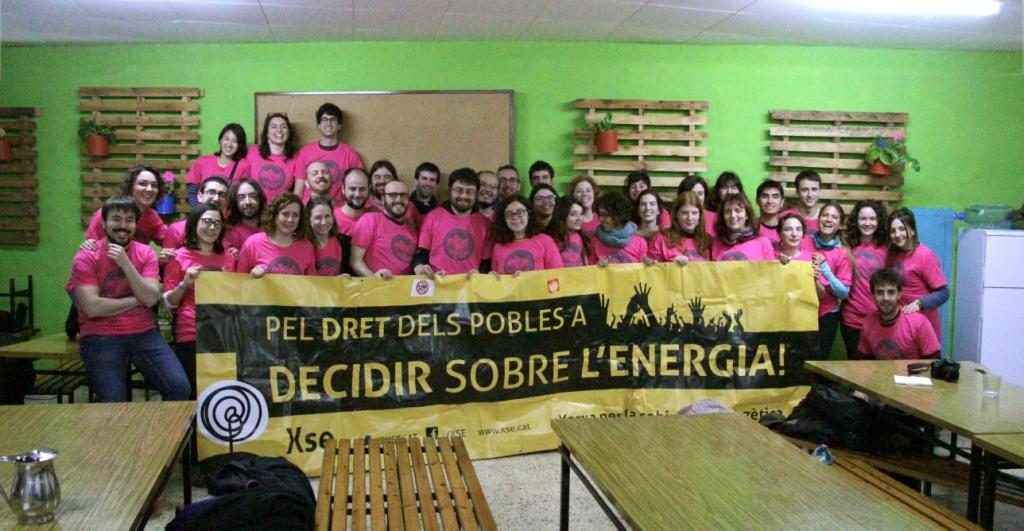 Moreover, one of their main annual activities, el VOLT, gathers dozens of activists weaving networks around the catalan territory, inspired in the Oligotox tours of Latinamerica, claiming environmental and social justice for the global and local Souths from a ecofeminist perspective.

“It is truly impressive the wide range of organizations that are engaged in the network and how much they have managed to accomplish in a very short period of time (less than 5 years!), including passing several municipal and provincial laws and regulations.”
– Lorena Zarate