In the 1990s, the World Bank agreed to finance an upgrade to Dhaka’s water utility on condition that part of the services be privatized. A workers’ association resisted privatization, instead proposing a publicly managed revenue collection. The workers demonstrated that this approach works, and though the World Bank backtracked on its promised scale up, the exercise has strengthened worker self-organisation and their relationship with the community they serve.

In the early 1990s, Dhaka Water Supply and Sewerage Authority (WASA) was struggling to meet demand, partly as a result of water losses and poor revenue collection. Dhaka WASA decided to build a surface water treatment plant and the World Bank’s proposed loan for this project was conditional on a privatization study, and experimental privatization of revenue billing, collection and other activities.

Dhaka WASA Employees’ Cooperative resisted, and offered to manage one zone themselves. The World Bank promised to scale up the results if positive. The employees association’s model was one of the very first examples of public-public partnership, and though they succeeded where the private operator failed, the World Bank did not scale up the worker-led model.

Though the current (follow up) water project, funded by the Asian Development Bank, discussed the experiment in its project inception document and allowed the workers’ movement to participate in formative consultation, policy makers, international financial institutions and utility leadership have continued to sideline it. 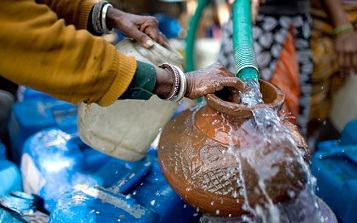 But the most important result of the initiative has probably been the self-organising of the utility workers, enhancing their capacity to bargain with management and propose alternatives. The workers took more leadership of their own work and engaged in community consultation.

The experiment also demonstrated that direct consultation with communities, instead of seeing them only as a passive source of revenue, enhances the non-infrastructure operational efficiency of water utility – even in areas where income levels are low.

“This workers – community partnership is one of the first ever public public partnerships. They used their operational knowledge, consulted, and developed solutions with communities that performed better than private companies. The failure lies with the hegemonic institutions that underrated such a success and ignored it instead of scaling it up.”
– Evaluator Satoko Kishimoto