When Athens resident Konstantinos Polychronopoulos – who lost everything in the financial crisis – witnessed hungry children searching bins for food, he returned with sandwiches to feed them. When they refused the food, he realised it was because they were ashamed. But when he sat and started eating one, they came closer and asked for the other. This exchange showed how alienation is worse than hunger, and how food can bring people closer.

And so the Social Kitchen ‘The Other Human’ was born. Konstantinos got a pot and a portable gas cooker, and started asking for ingredients: someone donated garlic, someone else the pasta, someone gave tomatoes. And then he started cooking in a public places. 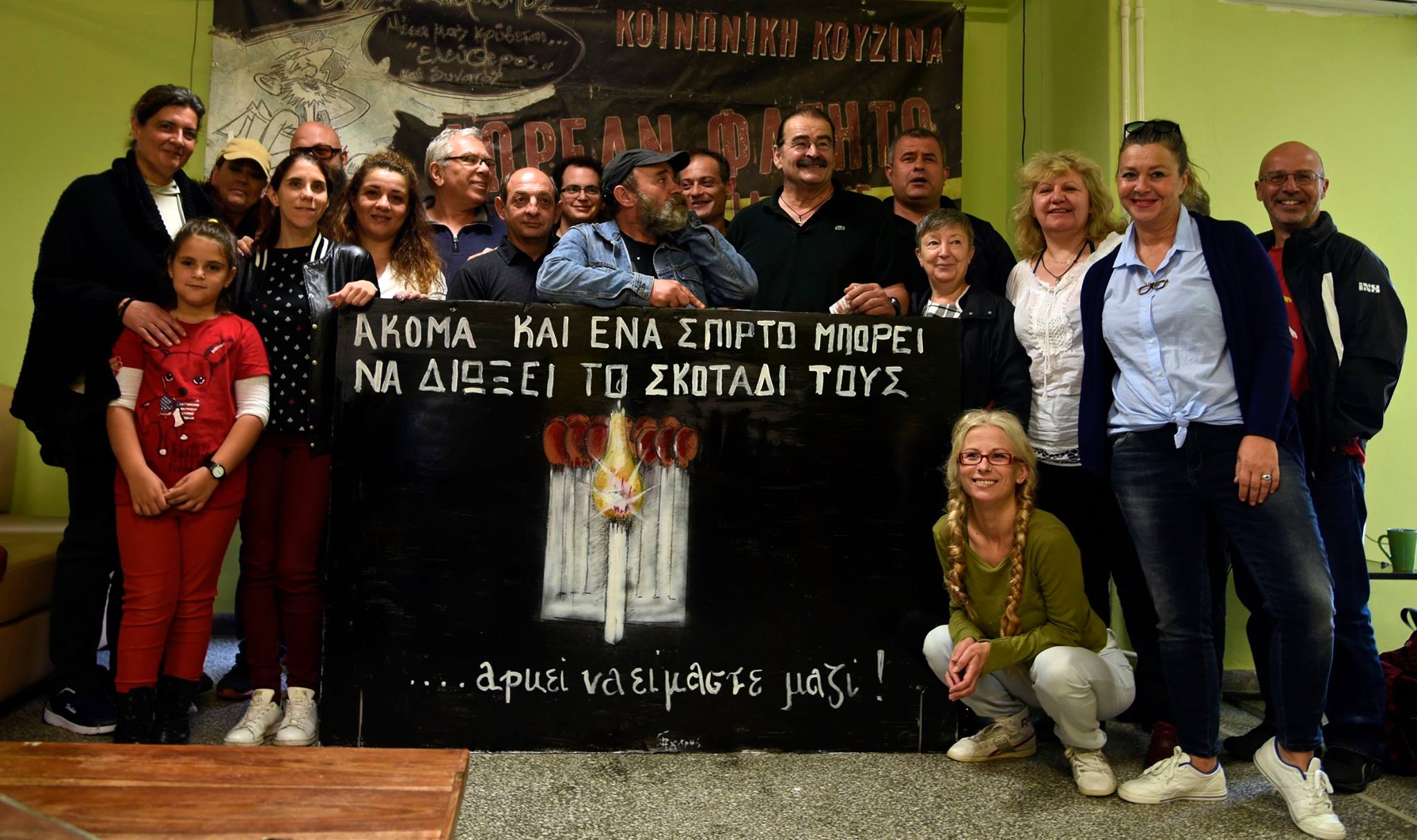 Since 2011 the idea has spread, finding fertile ground in many cities across Greece. Run and funded by volunteers, including people who are unemployed or homeless, the food is prepared in a public space, and while they wait for it to be cooked, they communicate with one another. The initiative also holds weekly classes for children who are dropping out of school, and runs a theatre group that provides art therapy.

To date the initiative has served 11 million meals and more than 15 social kitchens have been created all across Greece to fight alienation using food. The kitchens help people find meaning, find a home, fight depression and alienation, and learn to accept that everyone is different.

“This experience is inspiring because it is an autonomous initiative that is not just feeding people but rebuilding the social fabric that was destroyed by shock therapy policies in Greece. The other human is an amazing initiative by the people and for the people. This is what solidarity looks like!”
– Marcela Olivera