The Amrta initiative works to end water privatization in Jakarta and enable a transition to good, publicly run water services. Through research, public discussions and collaboration with civil society, this initiative has pushed the city government to announce plans to remunicipalize Jakarta’s water supply.

Jakarta’s governors have traditionally been (quietly) supportive of ending water privatization in the city, and in 2013, the governor of Jakarta heeded residents’ calls and declared a plan to take over water services from the private sector. Public water company PAM Jaya demanded a contract renegotiation with the private water operators, and the provincial government of Jakarta announced a plan to purchase private water operators’ shares. In 2013, the provincial house of representatives approved a budget for PAM Jaya to proceed with share repurchase.

One particularly effective strategy in November 2012 involved residents, represented by legal aid organisation LBH Jakarta, filing a citizen lawsuit against water privatization in Jakarta. Amrta Institute supported the challenge with evidence for use in court. This long and successful legal challenge played a major role in maintaining political pressure. 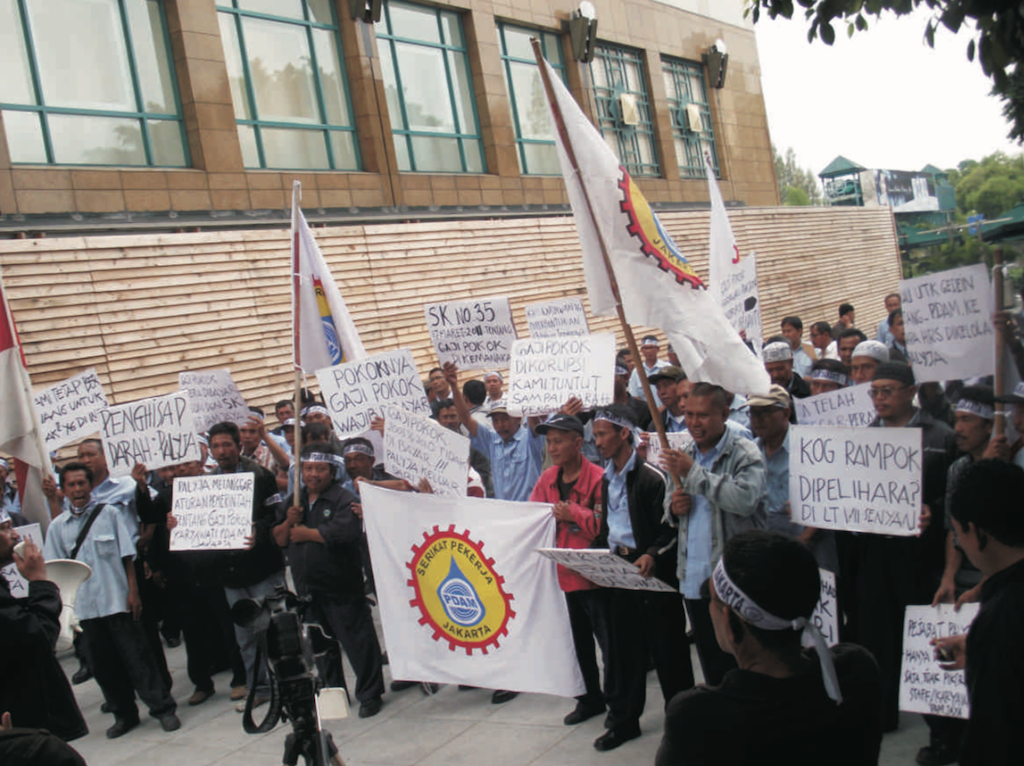 The labor union’s demonstration in front of Palyja’s office, in the elite buildings of Central Jakarta, April 2011

The backdrop to this – two decades of failed water privatization in Jakarta and half the population having no piped water – led the Amrta Instite to run public media campaigns, produce popular publications about the issue, and make documentaries.

At first most people were not aware that water problems were the result of privatization, and that the solution was to return water services to public management.  But now we have decisions from three courts supporting public water management; the Constitutional Court decision, Central Jakarta District Court decision and Supreme Court decision. In October 2017, the governor told the media that he will implement the court decision. 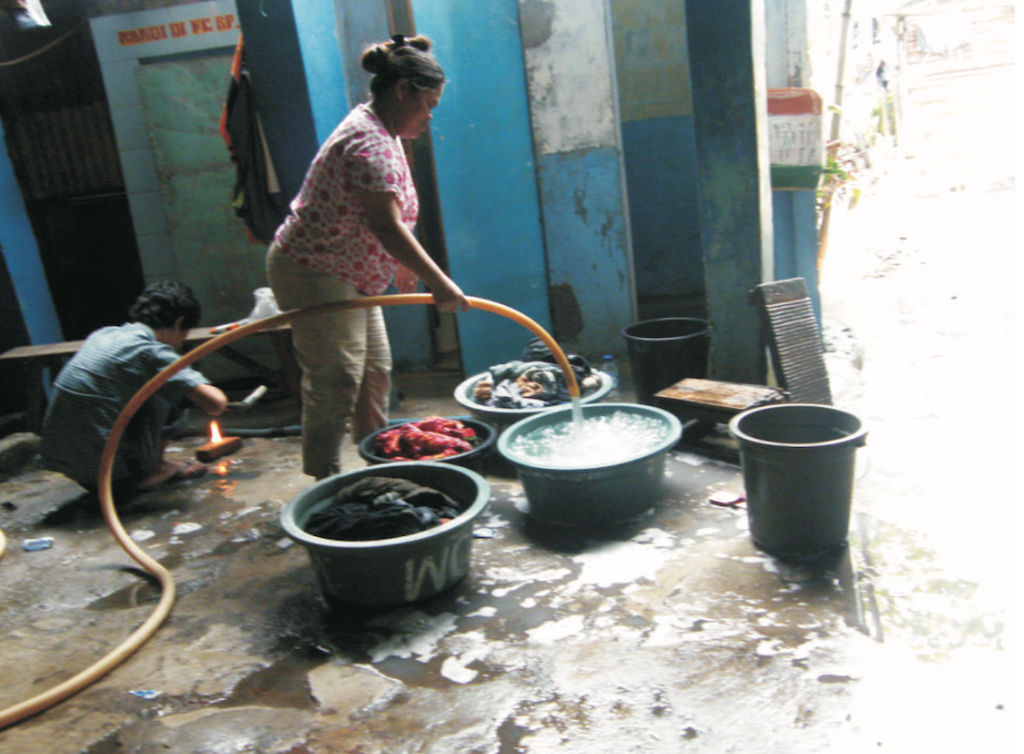 A woman who was washing in Penjaringan, North Jakarta, admitted that the cost to buy water consumed almost 70% of her husband’s income.

“The most impressive thing is that the initiative did not give up fighting against systematic/structured powers – from domestic to international, from governments to corporations – which look impossible to challenge.”
– Satoko Kishimoto