‘Our Water Our Right’ campaign mobilization against water privatisation

Since 2014, the ‘Our Water Our Rights’ Campaign has mobilised civil society, labour and grassroots groups to resist water privatisation across Lagos, and broadened citizen engagement in resolving the city’s water crisis. Against the odds, it has also increased government spending on water and sanitation in the city.

When ERA learned that Lagos state government was secretly negotiating a public-private partnership for its water supply – in a city already severely underserved in terms of water services – it decided to launch its own investigation, working with a range of national and international organisations to mobilise citizens across the capital. This entailed not only making people aware of the government’s plans to privatise their water utilities, but also to educate them about what privatisation would imply. 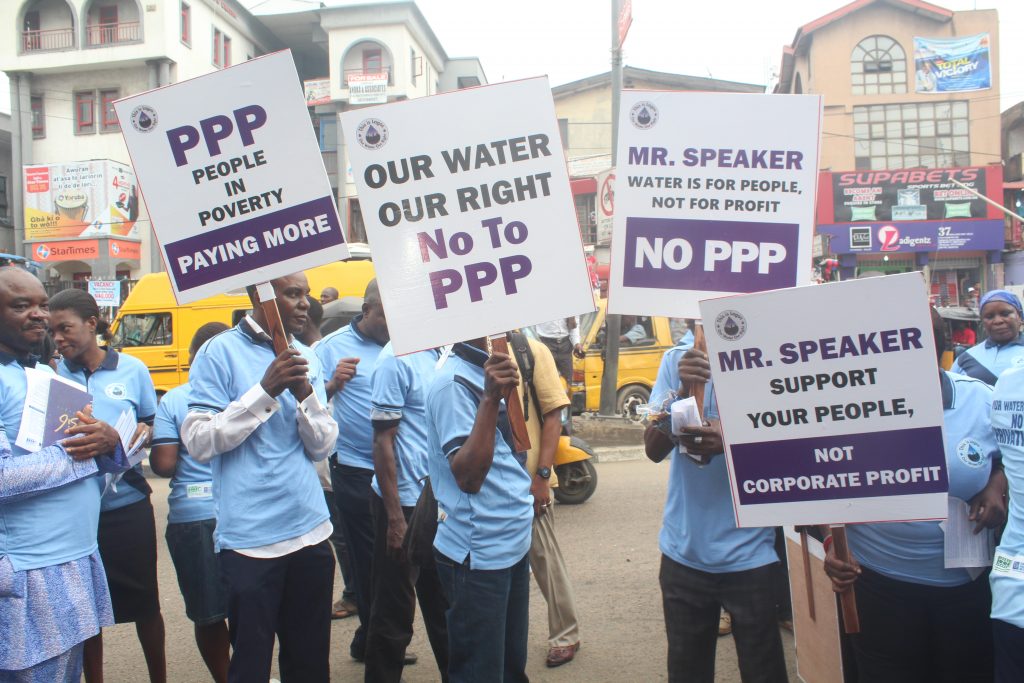 The campaign has also had more structural successes such as the cancellation of the government’s contract with the World Bank as an advisor in the privatisation scheme; pushing the government to reserve US$185 million dollars in its budget for clean water access; and uniting many different organisations, social movements and communities in Lagos under one message. While privatisation plans are still on the government’s agenda, our campaign continues until the goal of water as a constitutionalised human right is achieved.

“Our Water Our Right campaign and the coalition that – so far – has stopped the water privatisation in Lagos, reminded me of our own efforts and struggle in Cochabamba, Bolivia in 2000. With organising at the centre of their campaign, the people in Lagos are giving us a big lesson and are showing us that everything is possible.”
– Marcela Olivera

To know more, read this in-depth article in Premium Times. Also, you can scroll down to download the application form filled by this initiative to take part in the Transformative Cities award.