After the former site of Athens’ airport had stood idle for almost a decade, a group of citizens mobilised to forge a different way of living in a big city. With municipal backing they set up a successful 2,500m2 urban farm on part of the abandoned land of the former airport.

The initiative came about as a way to pressure the government not to commercially develop the area – a move backed and supported by mayor of Argyroupoli-Elliniko, Ch. Kortzidis who offered the group an area for farming on part of the land that had access to water and energy.

With voluntary technical assistance from an organic scientist/specialist, the group learned how to clear the ground, dig, sow seed, and create compost, and every Sunday had meetings to decide what to plant, how to organize the work, and how to fund the purchase of inputs etc. Decisions and disputes – often over which farming techniques to use, or how to raise the profile of the project among a bigger audience – were settled as a group. 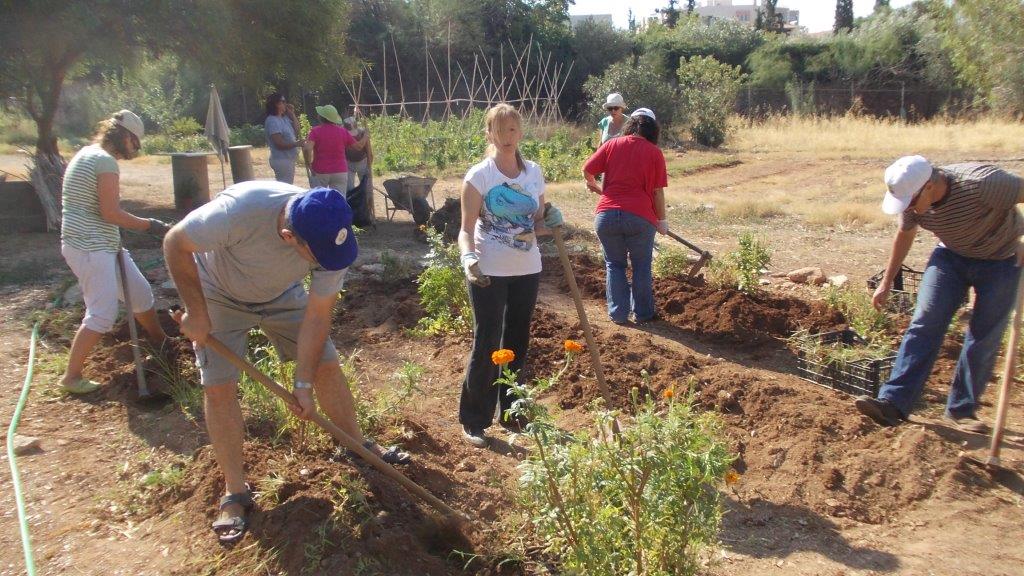 Although they were new to farming, the group learned to successfully produce and distribute their produce, all without the use of chemicals. During the summer months the group had too many vegetables for its own consumption. The surplus was never sold, but instead given to people in need, for example a health clinic or the municipality.

Unfortunately, in 2019, the farm was shut down by the government as part of its privatization of public assets, and sold under a 99-year lease to investors for a commercial development (including a casino, a shopping mall, and luxury hotels).

However, the legacy of this urban farming initiative may live on, as the experience gained over its eight-year span has been constantly shared through a blog, a self-produced radio show that ran for 2 years, and through visits from teachers, students and undergraduates from Greece and around the world.

“An important demonstration of alternatives to profiteering as the basis for urban planning decisions, rooted in a radical spirit of sharing and solidarity. This group grew together, and learned together, for many years, and has responded positively to the potentially demoralising experience of losing their land by taking the inspiration of all they achieved together and seeking to share it with others.”
– Tom Henfrey